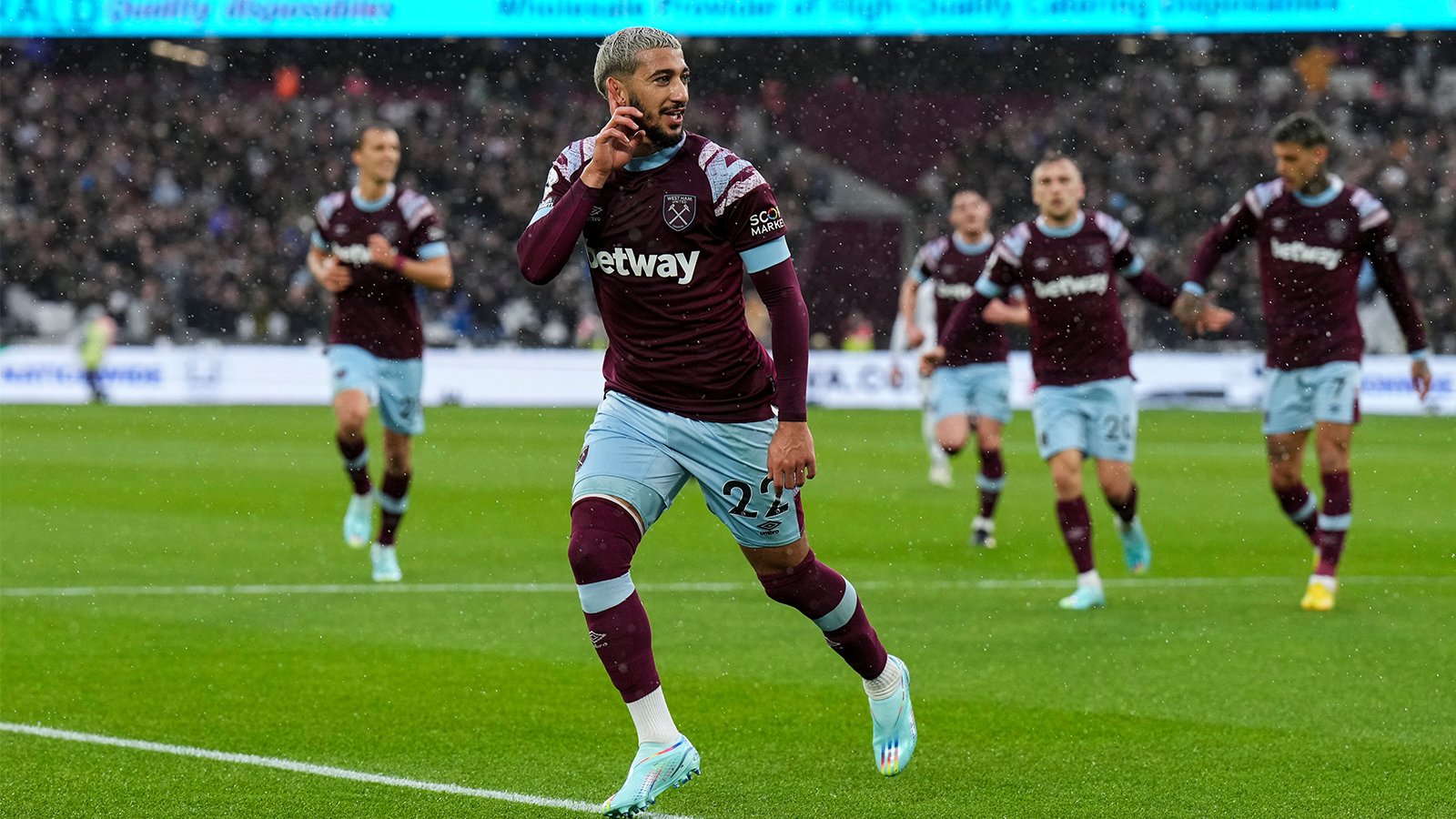 Saïd Benrahma would be most people’s choice as a starter against Everton tomorrow (Sat) claiming that he is currently feeling very confident.

Said can frustrate but on his game is a hugely threatening presence and his creativity will be a big requirement against Frank Lampard’s relegation threatened Toffees.

He wants to see the team attack tomorrow, make a difference himself and come away from the London Stadium with a seriously needed three points.

It will be as tough as it gets given recent form and Everton’s position will mean we will have to fight over 90 minutes hopefully rather than the second 45 which has often been the case this season.

He said: “I’m feeling really confident at the moment. I’m trying to play my own game and do what I do best.”

He knows the Hammers need to turn their league form around and is not shirking the responsibility. Instead, he wants to make a difference this weekend. And backs himself to do it.

“I want to help in the way I can,” he continues. “I feel like I’ve been trying to help the team. When I am playing, I feel at my happiest. But when you are part of the team it is important to accept the decisions of the coach; we win and lose together.

“[On the pitch] I want to play my own game, help create chances, give assists, and score goals as well.”

He admits he feels ‘happiest’ when dribbling. And wants to play without fear. “I’m happy when I have the ball,” Benrahma adds. “I’m trying to take players on, do tricks, dribble and score goals.

“I want to create chances for my teammates. I think when we get rid of the brake we play much better. I think the pressure has caused that. We need that love and confidence to get back to that.”