Coufal: Moyes may have been doing a Sir Alex

Posted by David Griffith on December 17, 2021 in News, Whispers

David Moyes’ singling out of criticism for Vladi Coufal in his post Arsenal match comments has surprised many and alarmed some with its apparent unfairness.

It is unusual for Moyes to focus criticism on individual players after a game. So why did he do it?

Moyes, one time mentor and friend in the game is the legendary Alex Ferguson. It was the strength of their mutual appreciation which catapulted Moyes into the Old Trafford hot seat after Ferguson’s retirement.

It may be instructive then to reflect on Ferguson’s comments on post match media interviews. He was once asked who did he have in mind when addressing his comments after a match. Was it the supporters, the wider media, even the board? 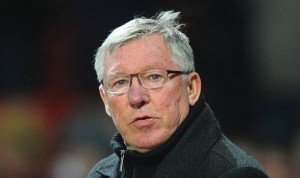 Ferguson’s answer was none of the above. His post match interviews were unequivocally aimed at his players. Whatever the official purpose of the post match interview was, he knew his players would be riveted and paying attention to what he was saying about them to the outside world. It was part of the managerial toolbox of techniques he used to shape and motivate his squad.

If Moyes is following his one time mentor then his comments on Vladi Coufal would have been calculated. However unfair his comments may seem Moyes may well believe it is what Coufal needs to perform at his absolute peak.

Good Managers know that a single approach to managing all the players in their squad will rarely work. Some players will respond best to comforting words, an arm around the shoulder and gentle reassurance and encouragement. Other players with different personalities may not respond at all to this and need the kick up the backside.

The Premier League is a harsh taskmaster for every single player and a Manager like Moyes will need all the tools at his disposal to ensure all the players perform consistently at their peak.

We can only hope that it is calculation rather than simple frustration which informs Moyes comment on Coufal.

2 comments on “Coufal: Moyes may have been doing a Sir Alex”