Aaron Cresswell insists that the Hammers’ set-piece abilities make them a nightmare for defenders to play against!

The Irons have been in unbelievable form this season and have scored two more set-piece goals than any other club in the top-flight. 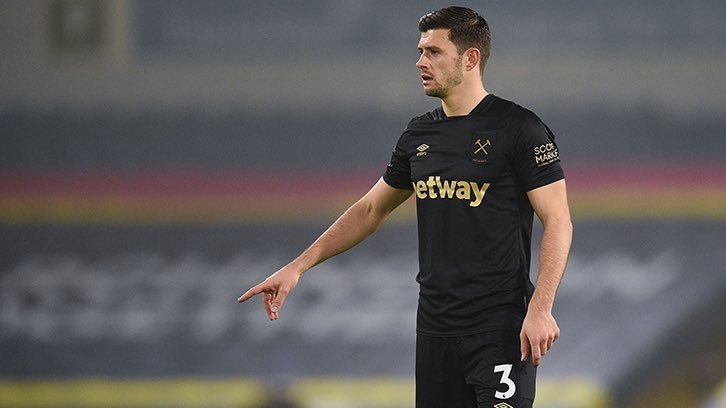 The aerial presence offered by the likes of Tomas Soucek, Craig Dawson, and Kurt Zouma sets the Hammers apart as a genuinely dangerous team to play against when crosses are flying into the box.

Cresswell already has four assists to his name in all competitions and he believes that the hard work being put in on the training ground is paying off no end on the pitch.

Speaking to the club’s official website, the left-back was asked about the Hammers’ effectiveness from set-pieces and replied: “We work on it on a Friday and always spend time on it. The Gaffer, Kevin and Nev take a lot of pride in it and we’ve scored the most set-piece goals of anyone over the last two years. The work is there and we’ve had some fantastic results off the back of them.

“It always helps when you have got Daws, Angelo, Kurt, Issa, Tomas, Mick… as you’ve got so many people to aim for and as a defender it’s your worst nightmare and not what you wanting to be marking against!”

The Hammers return to action this weekend against Wolves in the Premier League after their return from the international break.

A win for the Irons could well see them move level on points with leaders Chelsea, who play Leicester this weekend.