Posted by Sean Whetstone on April 18, 2018 in News, Whispers 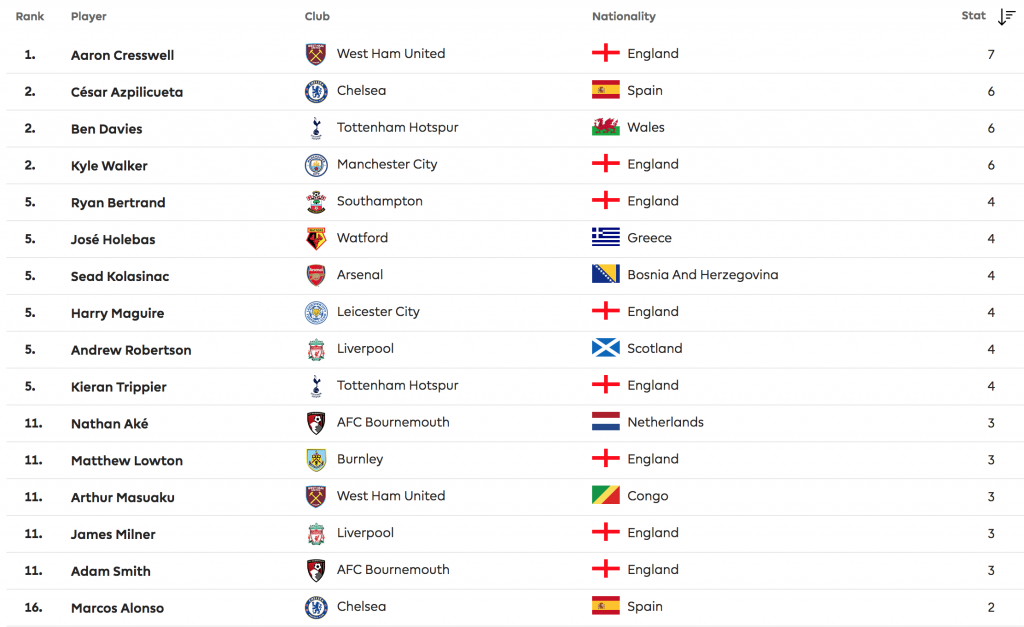 Hammer Aaron Cresswell leads the Premier League table for the defender with the most assists this season.  His return of seven assists from 32 League appearances this season is an impressive step up from the two assists he delivered last season and an all-time high of four per season since joining as a Hammer. Cresswell joined West Ham from Ipswich and it was his record of 11 assists in his final season for the Championship club which caught West Ham’s eye in the first place.

Cresswell laid on the ball for Carroll to score on Monday night to rescue a valuable point was later made the West Ham man of the match. Not that he was thanked for his efforts in either regard. Carroll told Danny Dyer in a post-match interview “I thought it wasn’t a good ball to be honest. I thought it was a bit behind me. I’ve just told (Cresswell in the locker room), ‘I’ve made a bad one look a good one to be honest’. It didn’t reach the box, so I’ve had to hesitate my run to get on the end of it.”

Cresswell was also trolled online for winning Man of the match suggesting that Declan Rice was the only worthy winner.