Posted by Sean Whetstone on September 16, 2020 in News 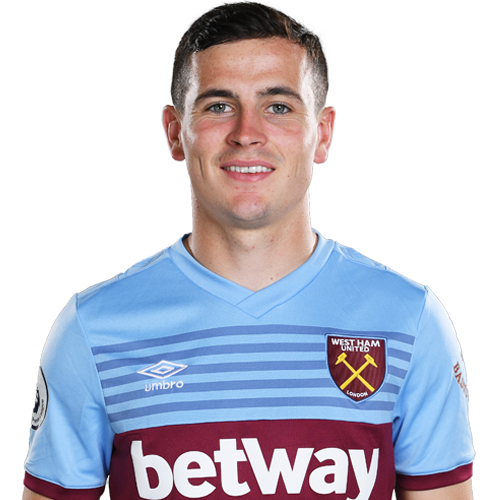 Josh Cullen deservedly received the Claret and Hugh man of the match last night in our player ratings with an average score of 7.64 from over 100 ratings from readers.

Andriy Yarmolenko who made an assist was placed second on 7.21 with Manuel Lanzini third with a rating of 7.13

Double goal scorer Seb Haller had to do with fourth with an average score of 7.03

Top of the six scores is Felipe Anderson on 6.79 followed by Arthur Masuaku on 6.28.

Robert Snodgrass was next with an average rating of 6.18 with the last six scores awarded to Ben Johnson on 6.03.

Darren Randolph was top of the five scores on 5.9 while Issa Diop and Fabian Balbuena shared the same average rating on 5.72 which were the lowest scores of the evening.

No ratings for Harrison Ashby or Conor Coventry who played less than ten minutes.

David Moyes was offered a rating of 6.3 by readers while the match officials were rated at 5.2.