Curtain coming down for Joe! 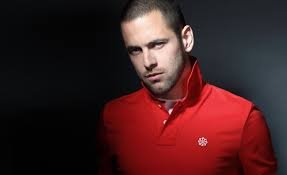 Joe Cole’s hopes of landing a new West Ham United deal in the summer look dead in the water!

The 32 year old has overcome his problems with the manager earlier in the season when he appeared to walk off in a huff after being subbed.

Much publicity followed but both Cole and the manager claimed later that any problems were behind them.

However, at rising 33 and with regular injury difficulties ClaretandHugh have learned that the club is now ready to finally bring the curtain down on  the career of one of Upton Park’s favourite sons.

With Pablo Armero very much on their agenda as a summer signing – as already reported here today – the salary difference between the pair would would be minimal and allow the club to conclude a very straightforward  deal.

A source revealed: “Joe has been a wonderful player for this club and deserves every bit of recognition in the world for his achievements.

But things move on and I think he will probably be able to get himself a worthwhile contract somewhere.”

Queens Park Rangers would be  big favourites to snap up the player.