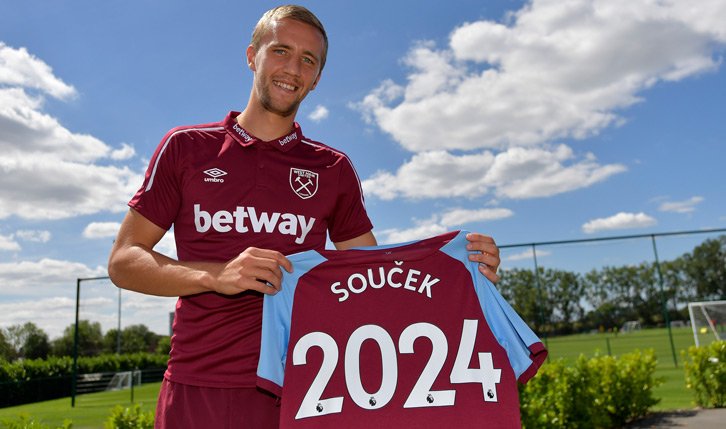 Svitkova joined West Ham in 2020 from Slavia Prague where she made 188 appearances scoring 177 goals.

In August 2020, Tomas Soucek was awarded the Czech Golden Ball.

The West Ham midfielder was also named 2019 Czech Footballer of the Year so this is the second year running he has picked up the national award.

Soucek also joined from Slavia Prague initially on loan with a deal later made permanent for a combined fee of £20m signing a contract until June 2024.