Czech man on target for Hammer of the year 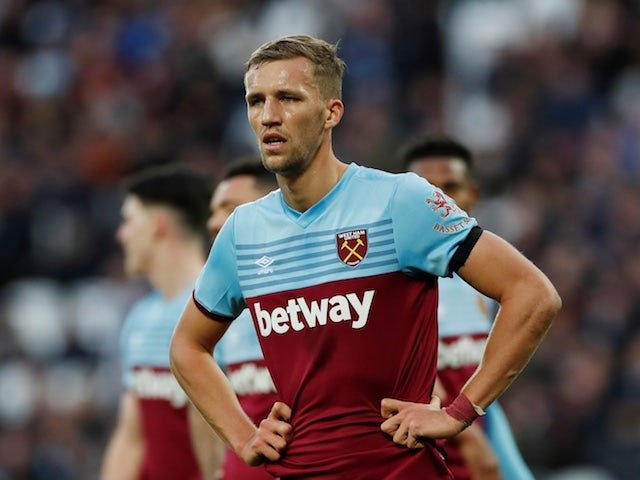 Tomas Soucek appears to be on target to be crowned Hammer of the year this season 2020/2021 with a massive 52% of the vote.

Even allowing for margins of error in polling he appears to have the award in the bag.

Fourth place is the once favourite before his injury Angelo Ogbonna who picked up 5,5% or 640 of the votes.

Fifth place goes to Jesse Lingard with 620 votes equating to 5.4%

Other votes (300) meant that other players received than 1% of the votes.

Soucek has had an amazing season since joining from Slavia Prague for a combined £20m from the Czech republic.

He has been named Czech player of the year for two years running and picked up the Czech Golden Ball award from his home country.