Posted by Sean Whetstone on February 16, 2018 in News, Whispers 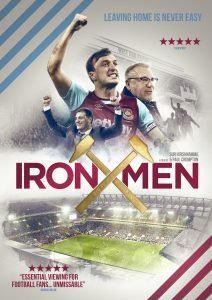 A West Ham fan who recently watched the documentary film Iron Men messaged Hammers Chairman David Gold on Twitter to say: “Watching this now just makes me even more angry, you told a dream to convince us that it was the right move because you knew that otherwise, people would have been more passionate to stop the move, I never wanted the move and I know the majority didn’t, reply please!”

Gold took the bait and replied “Mr West Ham you don’t KNOW that the majority of West Ham fans didn’t want to leave Upton Park you are guessing. However, we do have 50,000 loyal season ticket holders and circa 50,000 fans on the waiting list. FACT. dg”

“I personally hated the thought of moving, but I embraced it, because I believed it was the right thing to do in the long-term best interest of the club. dg”

Supporter Martin Pedrick later joined the social media conversation saying: “The key in all of this debate is are we making progress & for me the answer is no. We still have too many issues with the ground. From our lofty position of finishing 7th, we are going backwards, partly due to the manager at the time but also the board with poor signings”

Gold replied:  “The manager has the final say on player recruitment. dg”