David Gold has sent a message to Declan Rice on Twitter, hailing the defensive midfielder.

The Hammers star made his 100th Premier League appearance against Newcastle in the 2-0 defeat, a remarkable achievement for the 21-year-old. 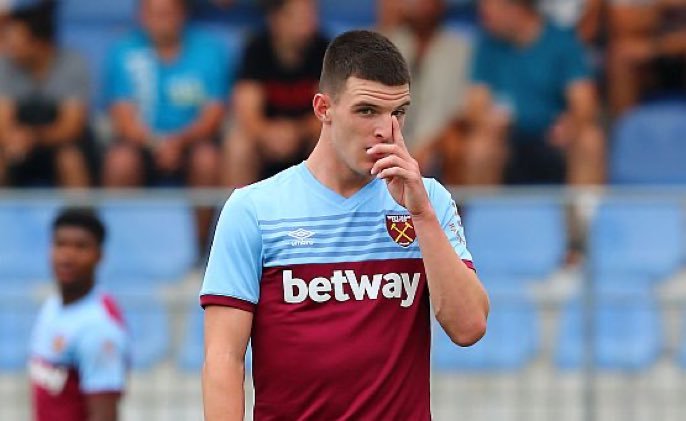 And Gold hailed the England international on Twitter, writing: “I would like to congratulate Declan on his 100th Premier League appearance for West Ham United – a magnificent achievement. I am very proud of him and he epitomises everything that this great football club stands for.”

Rice, of course, has been heavily linked with a move away from the club in the summer transfer window, as old club Chelsea reportedly sniff around their former charge to cap off a very busy summer.

However, with messages like this, it seems the resolve to keep him at West Ham is as strong as ever, and that it will take something genuinely exceptional to take him away from the London Stadium.