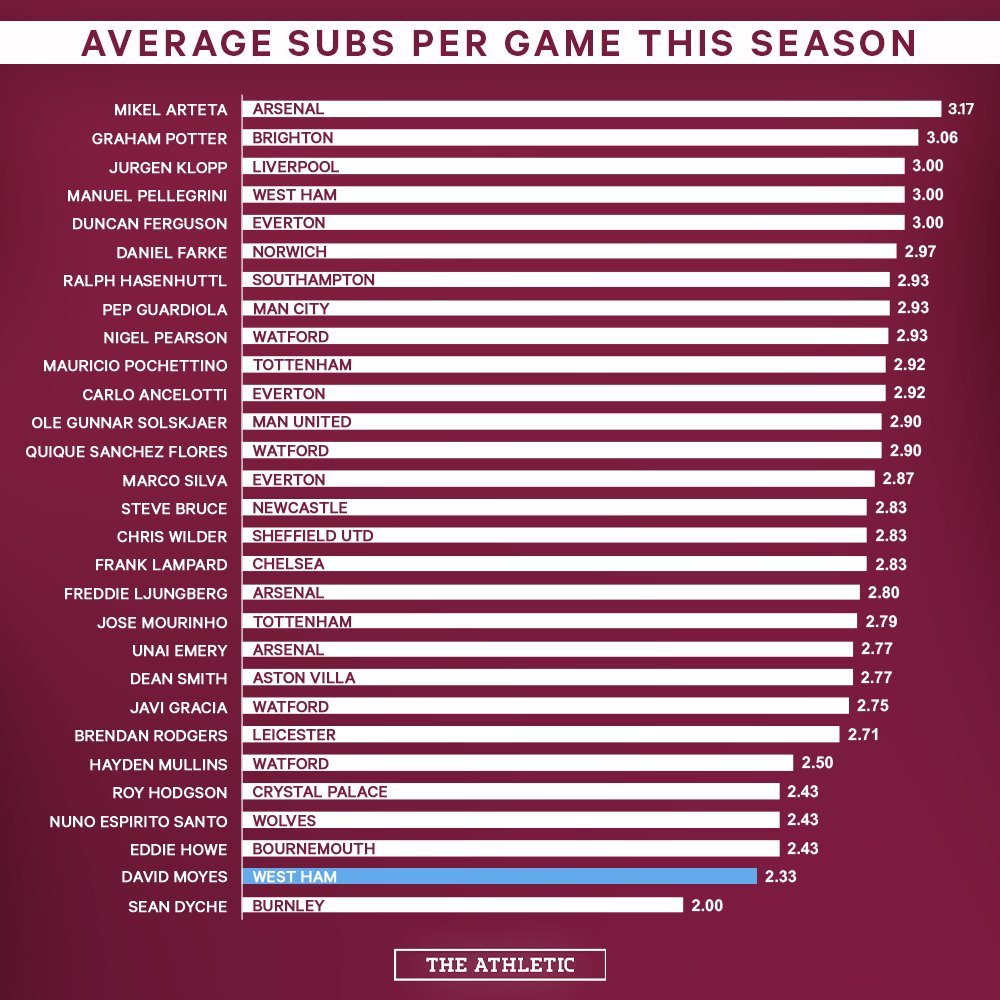 Mikel Arteta at the Arsenal uses subs the most with an average of 3.17 compared with Moyes 2.33

Although the rules changed to allow five substitutes per match Moyes has only used three subs against Wolves and two against Spurs.

Against Wolves the manager bought on Manuel Lanzini to replace Felipe Anderson on the 67th minute but left it late to make a double change of Jeremy Ngkaia for Ryan Fredericks and Yarmolenko for Pablo Fornals on 81 minutes.

Against Spurs, the Gaffer made a double substitution on 71 minutes bringing on Felipe Anderson for Mark Noble and Manuel Lanzini for Pablo Fornals.

David Moyes is not the only Premier League manager to not use all five subs since football restarted but with questions about squad fitness and stamina questions need to be asked.