David Moyes wife bundled me into my car

Posted by Sean Whetstone on February 12, 2018 in News, Whispers 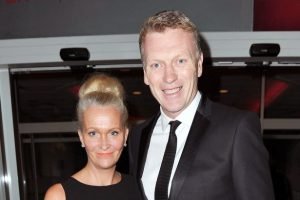 West Ham joint-chairman David Gold has revealed that David Moyes wife bundled him into his car at Wigan after an alleged confrontation with fans. Last week Talksport presenter Jim White posted: “I’ve heard from a very reliable source that West Ham owners’ Sullivan and Gold were surrounded and jostled by fans at Wigan who demanded they make more signings. Gold is 81 and Sullivan 68!! Is that sort of behaviour acceptable?”

West Ham fans in the car park have denied White’s version of events saying it was a civilised but heated discussion with no menacing intent to chairmen.

Yesterday Gold tweeted to 193,000 Twitter users “We were all disappointed at the result and the performance at Wigan and after the game emotions ran high, by the way the lady that bundled me into the car was David Moyes wife. dg”

← Manager Moysie snubs chance of a jolly
Arnie is our Valentine! →
Click Here for Comments >

9 comments on “David Moyes wife bundled me into my car”