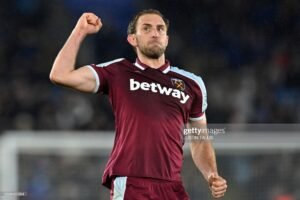 David Moyes was pleased to see Craig Dawson return to central defence and demonstrate he has lost none of his solidity.

The £3 million signing from Watford might have been playing for Wolves had there been a different outcome to moves in the summer window.

Family circumstances appeared to suggest that he needed to move further north and Wolves were keenly interested.

However, when Issa Diop insisted that he wanted out and joined Fulham Daws was forced to stay at the London Stadium with no replacement being found for the young Frenchman.

A thigh injury took a while to heal but yesterday it was clear that this is a vastly different team when the 32-year-old is involved alongside Kurt Zouma.

Moyes was delighted to see him back in the team and afterwards was quick to pay tribute to his performance when talking to the official site at www.whufc,com whilst addressing the performances of others.

The manager declared: ” As everybody knows, he’s big and steady influence for us in some way.

It’s the first game we’ve tried Thilo at right-back, which we knew he was capable of doing, playing right-back, left-back and centre-half, so that gives us something to think about as well.

I think we’re still looking to get Lucas Paquetá in top form, but I think there’s been moments when his passing and his ability have stood out.

What we need to do is to get him up to speed in the Premier League and that, for me, has been the biggest thing – that the boys who have come in are a little bit behind how quick the action is – but look, we’ve had a good result and we’re really pleased with it.”