Death of the Saturday 3pm kick-off 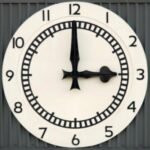 The latest round of announcements for rescheduled games in December and January sounds another death knell for the Saturday 3 pm kick-off!

West Ham have played just one Saturday 3pm home game at the London Stadium this year with another two scheduled before the year ends.

West Ham v Norwich City has been the only Saturday 3pm  kick-off at home with Sheffield United and Newcastle United yet to come.

Away from home, there have been three away games at the traditional 3 pm Saturday kick-off time meaning half of our games have been re-scheduled so far with many more sure to come.

Traditionalists say this priority towards TV companies is killing football slowly while others accept it is the price you have to pay to receive the vast sums involved in the Premier League.

It can make season ticket holders feel like second class citizens as they have to fit around TV schedules.

One comment on “Death of the Saturday 3pm kick-off”