Declan reckons Moyes has been “excellent ” to him 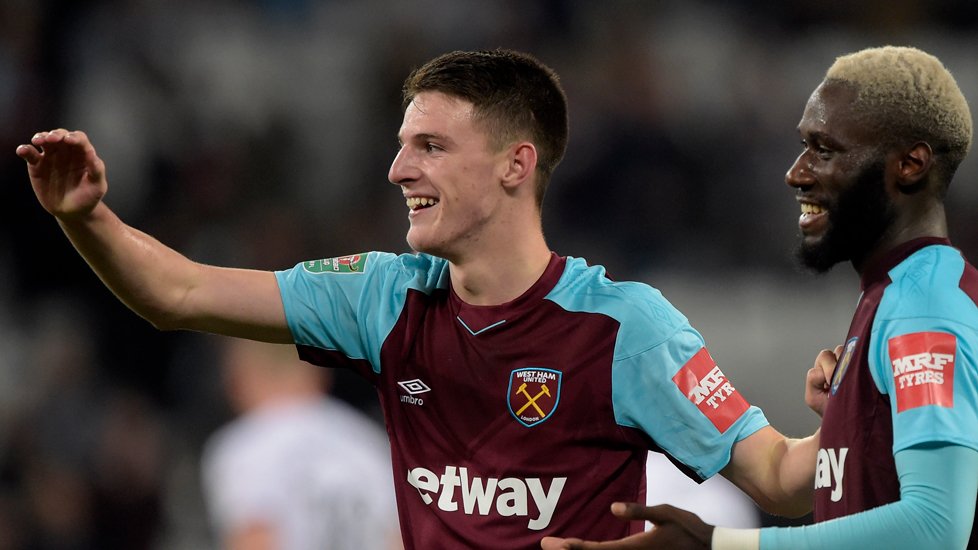 Declan Rice has responded in wonderfully professional manner to any recent criticism by claiming that David Moyes has been “excellent to me.”

And as he heads for possibly his biggest test yet in the Premier League he has pledged to put everything he has learned this season into practice  against Man City at the London Stadium tomorrow (Sun).

He explained to the official site: “I’ve played in two positions this season – I’ve played in midfield and at the back and I’ve thoroughly enjoyed playing both of them.

“It’s one or two touch and then move the ball quick, because if you don’t it’ll be in the back of your net. That’s the thing I’ve learned, how to have a quick game.

“All the lads have really chipped in for me this season. Joe Hart has been great behind me, Noble and the older lads who have been there and done it. They know what it’s all about and the manager has been excellent for me too.

“When I’ve made a mistake he’s told me about it and rightly so, but when I’ve done well they’ve also told me that.”

“We were unbeaten in three before Arsenal, and yes they’re champions, but we need to get out of the zone we’re in and get a crucial three points.

“We need play our own game, frustrate them, get a result and move up the table. If we take the defensive side of that game at Man City into Sunday, that will be important.

5 comments on “Declan reckons Moyes has been “excellent ” to him”