Declan Rice – the background story on his future

CandH Exclusive: Hugh Southon talks to David Gold on the man of the moment

The lights turn on when David Gold starts talking Declan Rice…they have done from the moment two or three years ago when now departing Academy chief Terry Westley told him just how far the young man was going! 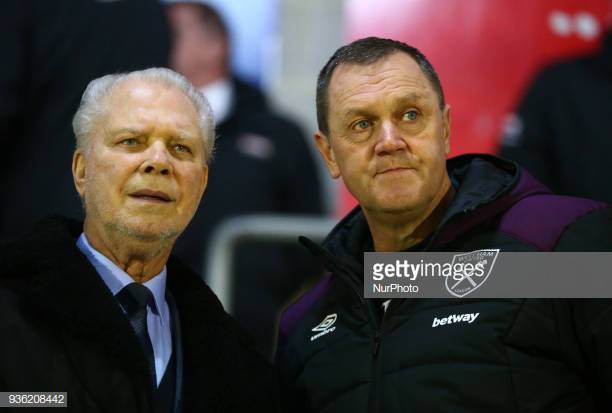 Westley has never had any doubt about the boy, describing him as the most exciting he’s mentored, the most complete as a person, the most composed he had ever known at that age and a boy who just wanted to learn – nothing more.

At the time  his contract was being discussed and we as fans were worried to death  I remember him telling me: “He won’t leave, he’s Hammers through and through…it wouldn’t surprise me if he doesn’t sign for another six years”… so it turned out.”

Terry wasn’t so sure over his international career decision where the family’s Irish loyalties against Declan having grown up in England presented the most difficult of choices but in the end it was the 20 year old’s decision.

Gold, meanwhile, in his latest exclusive conversation with ClaretandHugh on the player puts it very simply: “He’s becoming the biggest home grown hero since Bobby. We want him here for six more years and another six after that.

“He is the complete package as a player and a person. He’s a proper person and a joy to be around. He never wants to stop learning and it’s clear he loves West Ham with a passion.”

Gold, however, is a realist and obviously understands that with international acclaim comes club recognition throughout Europe and that eventually the inquiries will start. 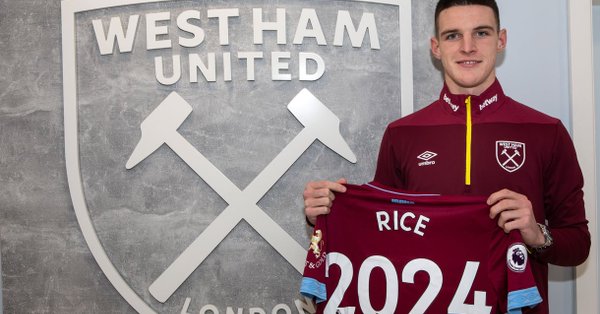 But he insists: “There has been nothing from anywhere yet – we have not had an inquiry but we are aware that it will come and we are confident we know his worth and don’t need inquiries to prove it.”

However, he understands that when the world’s top clubs move, the world’s best players want to join and that were, for example, Barcelona or Real Madrid to come in at some point it would be incredibly hard to keep the boy.

But he added: “That would not stop us trying with everything we have and as we as a club go higher and higher the easier it will be to hold on to our best players. As I say though we know Declan’s worth.”

The much mentioned £70 million basic fee is probably about right but in another year it could be up to £80m or more and, with the inflation in the game,  year on year increases are a given.

Alongside that comes the add-ons,  League Title wins, Cup wins, Champions League victories and all the rest of it. Whichever way the Rice cookie crumbles there is only one winner apart from the boy – West Ham United.

The academy currently costs around £10 million a year to run and the emergence of Declan and others such as Grady Diangana, Conor Coventrey, Ben Johnson, Nathan Holland and Xande Silva, make it money well spent as the club plots its way forward.

Declan of course is the crown jewel but it’s great to hear the co chairman mixing optimism with realism as he discusses his next two or three years.

Declan is a Hammer to his backbone and he will be going nowhere at all just yet and dare we say, if it all.

The reality is that were he to do so it will only be to one of Europe or Britain’s biggest clubs but as Gold says: “In another year he will be worth more again and for every successive year.

We have a six year contract and have absolutely no desire or will to sell him.”

3 comments on “Declan Rice – the background story on his future”