Defender Frederik Alves has returned from his loan spell at Sunderland, the club has confirmed.

The Manuel Pellegrini signing was sent out on loan in the summer but he found first-team opportunities hard to come by at the Stadium of Light. 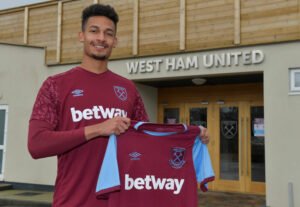 In total, Alves only played three times in League One, with those appearances totalling a mere 44 minutes.

Sunderland have confirmed, in a statement on their official website, that Alves needs to play regular first-team football and, as a result, they have allowed him to return to east London.

It remains to be seen what happens with Alves from here on.

He has yet to make his first-team debut for the club and it seems very likely that he will again be sent out on loan in a bid to play games regularly.

Alves will turn 23 this year but he is a former Denmark U21 international, winning seven caps at that level for his country.