West Ham are unlikely to do a deal for Lucas Digne this month purely because of the finances involved in any deal.

Reports have claimed that the Hammers are interested in a deal to sign the Frenchman this month, along with both Newcastle and Chelsea. 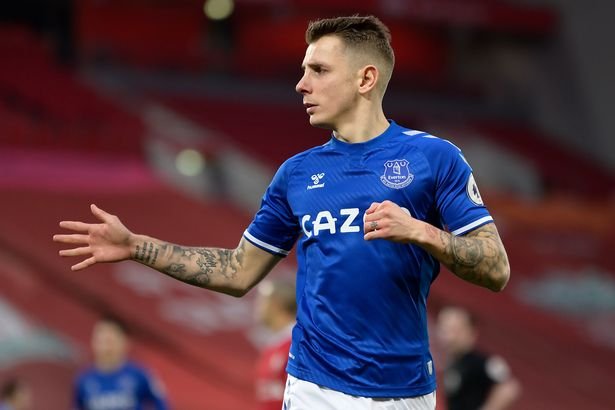 The Magpies are said to have tabled a bid for the full-back worth £22.5m plus Sean Longstaff.

Digne is not playing at all for Everton after a reported row with boss Rafael Benitez.

And the finances in a deal may well be too high to countenance for the Ironsfor such a position.

He is on a contract at Goodison Park until 2025 and Everton paid £18m to sign him from Barcelona; they are likely to want to make some sort of profit on that deal.

The Irons would like to sign a left-back if the right opportunity comes up but Digne doesn’t look to be the one at the likely price.

Indeed, David Moyes has priorities elsewhere, with the club desperate to snap up both a centre-back and a striker in this window.

There is also hope that a deal can be done for Jesse Lingard too.

A deal to sign Digne is not at the top of the priority list; it may be revisited at the end of the transfer window if neither Newcastle or Chelsea can negotiate a transfer.

3 comments on “Defender looks way off the Irons radar”