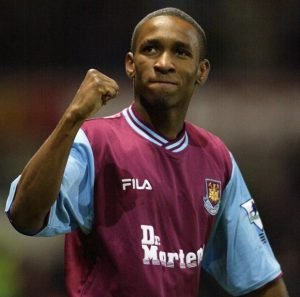 Defore says “I nearly went back to West Ham. I spoke to Mark Noble on the phone and he explained that the club wanted me back, that they needed someone to score goals, but at the time I said I wasn’t going to leave Sunderland because they had done a lot for me and I had a special relationship with the fans, but I didn’t rule it out for the future.

“Obviously it didn’t happen but the West Ham fans, despite all the stick they used to give me when I was at Spurs, were buzzing. Some of the positive messages I was getting on social media made me think that despite all that stick they gave me, they would’ve welcomed me back.”

Speaking of fateful time as a Hammer Defoe said:

“So everything was going so well and we all know what the fans are like with young players coming through, they love you.

“But then my agent at the time advised me to hand in a transfer request. I was naive and never had to deal with anything like that before. I was young and didn’t really know about transfer requests.

“The backlash was just crazy! I obviously stayed until January before Tottenham came in for me and then I was thinking, ‘Tottenham are a massive football club,’ and I wanted to go.”