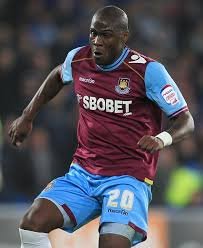 Guy Demel will be fit to play against Newcastle at Upton Park next week!

Early reports were that the player had broken an elbow and had badly bruised his face after a first half clash in the 2-0 win over Cardiff City.

But Claretandhugh has learned exclsuively that the player – after suffering concussion – will be released from hospital on Sunday morning after spending a night under observation.

A source revealed to us soon after the game: “It all sounded very bad but we were late updated and the situation sounds much better. If all is as we have now been told we’d expect Guy to be available next weekend.”

← Big Sam gives media a swerve after great win!
GOLD: ‘That one was for the fans’ →
Click Here for Comments >