Posted by Sean Whetstone on August 12, 2019 in News, Whispers 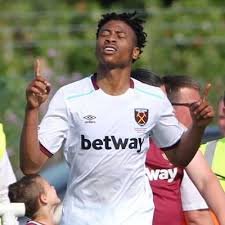 “My Wonderful Time At West Ham Has Come To An End. From The Age Of 6 I Was At West Ham. Growing Up With Some Team Mates Who I’ll Consider As Long Time Friends For Sure!! Even Some As Family Too. Thanks To Certain Staff And Everyone Else”

Hector-Ingram joined West Ham at the age of six and has come through the ranks of the Academy playing for each Academy age group up to the U23’s squad.

The 20-year-old who was an England U16 and U18 reportedly turned down the option of a new contract and is now a free agent. Should he sign for a new club West Ham would be entitled to compensation set by a tribunal because of the length of time and development they invested in him.

He has played a total of 50 Premier League 2 matches but scored just three goals and never made the step up to the senior squad. Hector-Ingram has been on trial at Derby and looks like he will joining their Academy. As a free agent, he can a club outside the transfer window.