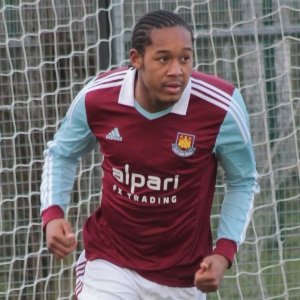 The Development Squad progressed into the quarter  finals of the Premier League Cup after overcoming Milllwall on penalties in the behind-closed-doors Rush Green game earlier this afternoon.

And they came behind to do it after  Millwall’s Fred Onyedinma slotted home from close range but our never-say-die lads grabbed an equaliser seconds later when Jaanai Gordon rose to head home a brilliant cross from Lletget.

And in an absolutely nerve-tingling climax, the Irons squeezed through having the best of 15 pens to win 8-7