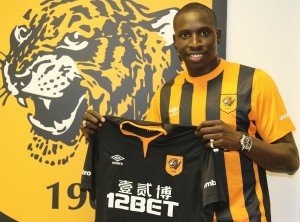 Diame was highly critical of the squad back in the summer and made it crystal clear he couldn’t wait to get away from Upton Park.

And Gold – clearly a believer in the old principle of revenge being a dish that is best served cold – has taken a wicked dig at the player on his favoured social network Twitter.

Diame had insisted he wanted to play for a top six club and he had no chance of doing that at West Ham.

He added: “I still want more: Joining a club from the top six would be a dream come true.” He then went on to join Hull City

The club – managed by Bruce – has dropped down the table and currently sit in the bottom three after just two wins from their opening 15 games.

Gold took to Twitter last night to have a dig at Diame declaring: “In fairness to Mohamed Diame when he said, I want to play for a team higher up the league, he never said which league! Dg”

3 comments on “DG digs out Diame”