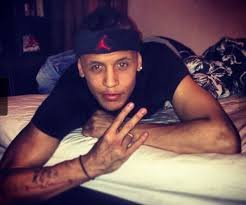 Co-chairman David Gold continues to hope that Ravel Morrison returns to Upton Park ready to play a full part in the team’s 2014-15 campaign.

Gold has insisted on several occasion that Rav will be back to play a full part in pre-season and he could be involved  in the close season games in New Zealand  against Sydney FC and Welllington Phoenix.

Sources close to Rav are confident the player will have no problems settling back into life at West Ham after a difficult last campaign.

Things will become much clearer after next weekend’s play-off final between QPR and Derby County.

A win for Rangers will possibly set up a bid for the player from boss Harry Redknapp but the Hammers co-chairman insists nothing is a foregone conclusion.

He told ClaretandHugh exclusively: “Rav changes things when he’s in the team – we all know that and it’s everybody’s hope he will become totally settled and happy at the club.

“I have always maintained Rav has a real future at this club. It’s all up to him but there’s nothing I’d love more than for him to sign a long term deal at West Ham United.”