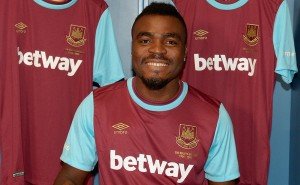 David Gold may see an early season prediction come true as the Irons continue to push their way towards the top four.

And the Irons co chairman appears to be ahead of schedule with his prophecy that the top four clubs would be looking over their shoulders as the Irons make relentless progress towards the elite positions.

In an out-of character outburst of excitement, the normally cautious DG tweeted after last night’s (Tues) 2-0 win over Villa: “Another fantastic result. If we keep this up we could end up in the Champions League.” 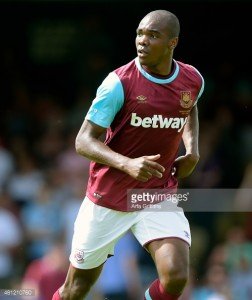 And he has made it clear that there will be a even stronger squad available to Bilic as the team travel to Southampton at the weekend saying: “Angelo Ogbonna was unwell but should be OK for Southampton. ”

However, whilst Emenike has been given the all clear by club medics a statement on the official website claims Byram is likely to be out for a week.

With the Liverpool replay next week followed by two matches against Norwich City (a) and Sam Allardyce’s Sunderland at home it’s a big February as the co chairman continues to dream of Europe.