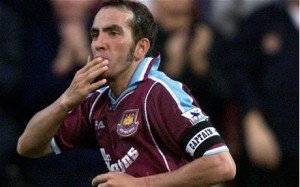 Former Hammer Paolo Di Canio insists he would never return to West Ham in any capacity while David Sullivan is co-owner. On Sky Sports Italia, former Chelsea player Gianluca Vialli asked Di Canio that he could see himself “running to help your team in the future.”

“I’m with the fans in this bad moment.”

In 2013 Sullivan said he couldn’t employ Paolo Di Canio telling the press the West Ham legend should not manage in England until he has renounced his political beliefs. “Fascism is always intolerable but managers, like owners, have an additional duty to the wider community,” said Sullivan at the time. “That is why, despite having once considered him a future manager of West Ham, my partner David Gold and I wouldn’t do so now — unless he renounced his extreme views.”