Disappointing ratings for the Hammers 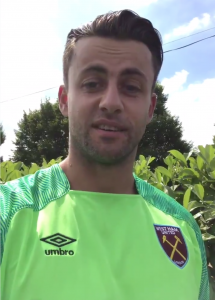 The Claret and Hugh West Ham player ratings have recorded some of the worst ratings since the scheme begun after the defeat against Burnley. Fabianski was the only player to record a seven score with a 7.08 which made him Hammers man of the match again.

Robert Snodgrass and Declan Rice were the only Hammers to record a score in the sixes both with an average score of 6.39.

2 comments on “Disappointing ratings for the Hammers”