Domingos Quina loses out in France 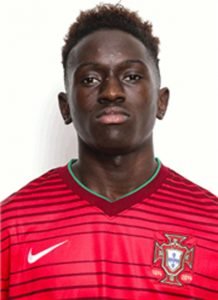 Domingos Quina was in action again yesterday in France when he played for Portugal U19s as they were beaten 3-2 by Japan U21s in the Toulon Tournament. Japan came from behind to win the game with two goals in the final four minutes.

Portugal remains at the bottom of their group C with one point after drawing 0-0 with Canada last Monday at the Jules Ladoumègue Stadium, another game that Quina played the first 60 minutes in.

Quina and Portugal U19 will have one more chance of qualification to the knock out rounds at the Stade Parsemain on 4th June when they face Turkey although Japan must lose to Canada who has already qualified.

England youngsters in group A are in second place in their group behind Mexico and look likely to progress, they face Qatar in their final group match this evening after beating China and drawing against Mexico earlier in the week.

The final of the tournament is on 9th June in Toulon province of France.