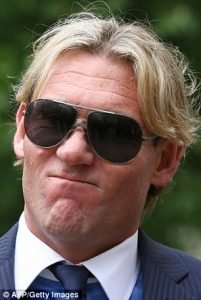 That vision at this moment in time is being amplified in disappointment terms by the nature of the team’s performance.

“The reality of the real issue is about the performance of the side, now they should get their stewarding and their policing in order to ensure these things don’t happen on the pitch. But as far as being able to fix certain things, I guarantee you if they drape this bloody stadium in West Ham regalia, top-to-bottom, and their team still stank, there would still be an uprising against Sullivan and Gold.”