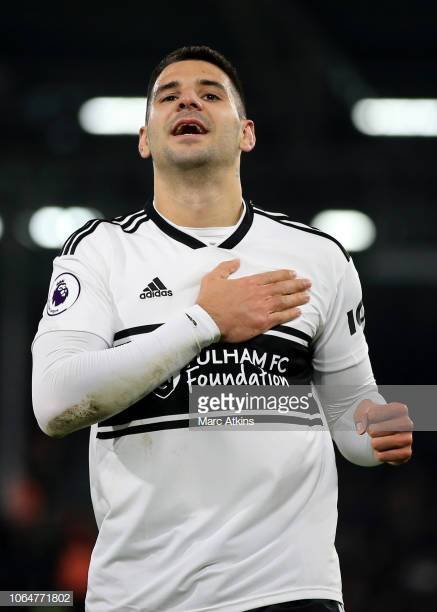 It could – as is so often the case – be smoke and mirrors of course buy given the striker’s extraordinary record this season the Hammers will be having everything crossed that is the case.

For the player – linked with us three or four years back – has hit the net six times in the Cottagers games this season from a total of nine in the club’s total.

It would be a big miss for the southwest London outfit currently sitting seven places above us in eighth and 11 points against our seven.

They have been in pretty decent form until suffering a 1-4 defeat in their last game against Newcastle when Mitrovic was forced to leave the action with a foot injury he initially picked up on international duty for Serbia.

Discussing Mitrovic Silva said: “He was out (on the training pitch) today (Friday) but we will have to assess again him tomorrow.

“He is still a doubt but he is getting better. He has small some small damage in his foot. We are working with him and while it is not serious, we need to get him fit.”

Silva said defender Kenny Tete will also be assessed on Saturday along with Antonee Robinson and Willian, who are all carrying knocks, while Layvin Kurzawa is unavailable again.

However, Palhinha will definitely be back to face the Hammers at the London Stadium, having sat out the Newcastle match due to suspension.