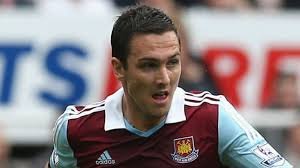 Stewart Downing has made a particularly strong point in claiming the manager and players were happy with the point at Sunderland.

Quite apart from the fact that it’s a hard place to visit – as Chelsea discovered when being held to a draw – he makes it clear that after three games in nine days, all of them won, this was a fine effort.

Such has been the excitement of watching the Hammers reverting whenever possible to the brand of football that attracted most of us to the club in the first place, it’s easy to overlook simple virtues.

And the resilience of this side in beating Newcastle West Brom and Swansea, coming from behind in the last two games whilst doing the same for the Sunderland point, is a tremendous achievement.

This comes from the confidence the team has amassed this season in never knowing when it is beaten and reinforces the point made by Claretandhugh’s chief analyst/pundit that they are truly where they belong.

Downing sums it up neatly saying: “We should go into Christmas with a lot of confidence now. Obviously we’ve got games in the space of three days over that period – away at Chelsea on Boxing Day and here against Arsenal on 28 December – but there are no excuses because we have a big squad and can make changes, so onwards and upwards.

We’re brimming with confidence, as you could see with the way we came back at Sunderland. We kept going and got a big point in the end.

As David Gold Claretandhugh last week in an interview: “We can all start believing we are supporting a very good team.”