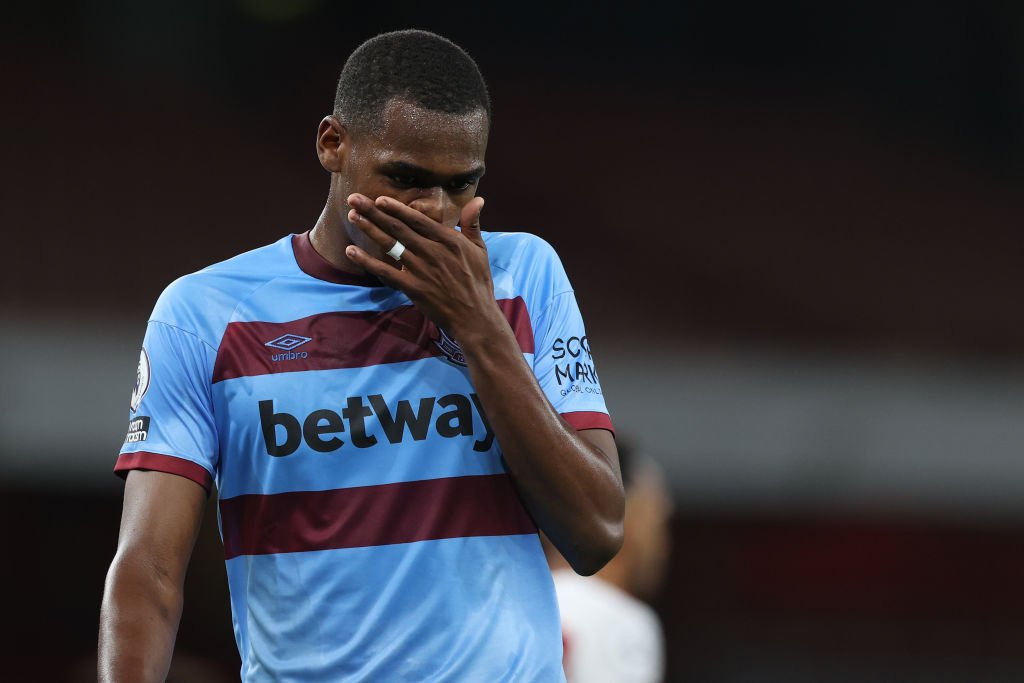 West Ham were roundly dreadful against non-league Kidderminster in the fourth round of the FA Cup on Saturday, despite coming from behind to win the game in the last minute of extra time.

The early kick-off guaranteed some degree of drama, with Harriers hoping to pull off one of the biggest upsets in this year’s competition. There are 113 places and six divisions between the two clubs.

David Moyes picked a strong side but the likes of Issa Diop, Andriy Yarmolenko, and Alphonse Areola disgraced themselves at Aggborough.

Kidderminster were, to their immense credit, absolutely brilliant, as they hassled and harried the Premier League stars all over the pitch.

Alex Penny scored on the 18th minute, a goal that sparked a reaction among the fans that would surely have registered on the Richter scale. Diop had conceded a free-kick on the flank and it was whipped in; Areola came, didn’t get there, and the ball dropped for Penny to side-foot home.

Diop conceded another few free-kicks in the half as he turned in one of the very worst performances this writer has ever seen from a West Ham player. He was hooked at half-time and it would be a wonder if we see him again any time soon, such was the genuine calamity of his performance.

In defence for Kidderminster, Matt Preston was heroic, clearing every ball away, be it with his head or his boot, but the Hammers struggled immensely to actually create anything.

Goalkeeper Luke Simpson was called into action a couple of times in the second half and made a superb save from Jarrod Bowen after he smacked an effort towards the bottom corner.

But it took the introductions of Declan Rice and Tomas Soucek for there to be anything like forward momentum from the Irons.

Yarmolenko managed to see out the 90 minutes, somehow, and he disgraced himself even further with a dive in the penalty area as the clock ticked down. That’s a Ukraine international against a non-league side, desperately flinging himself to the ground.

In the 86th minute, Benrahma had a brilliant chance from six yards but a sensational block denied the Algeria international.

West Ham kept moving the ball, as the fans tried desperately to roar Kidderminster over the line, and there was some hope for the Hammers late on, as three minutes were added on, and Rice somehow found space to score an equaliser.

The skipper burst forward and finished into the roof of the net after a sensational turn of pace, sparing more than a few blushes in that Hammers squad.

It led to extra time, as Kidderminster were forced to pick themselves up from a heartbreaking blow.

They acquitted themselves well in the first half and Bowen thought he had scored a winner in the 20th minute of extra time, when he bundled the ball over the line, but it was ruled out due to Yarmolenko being offside.

There was also some concern over Kurt Zouma, as he seemed to injure his knee attempting to control the ball, as it bent the wrong way, and he limped down the sideline, before coming back on and making an attempt to continue.

He hobbled his way through to the 120th minute, when Bowen finished at the back post to give the Hammers a 2-1 lead, and book a place in the fifth round. He looked offside.

4 comments on “Dreadful Hammers sneak through”