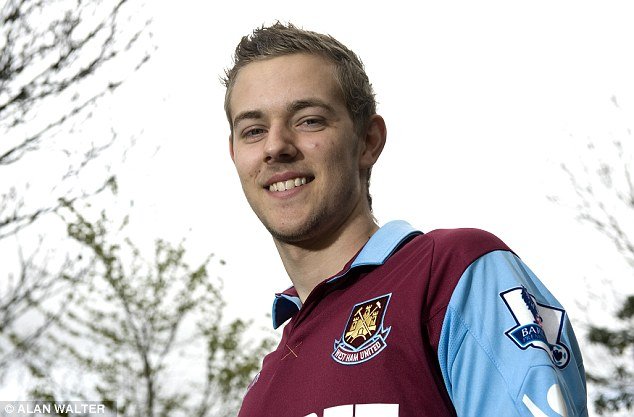 The 20-year-old Australian, who made his Hammers first-team debut two years ago was first diagnosed with cancer while representing Australia during the 2011 Under 17 World Cup in Mexico.

‘West Ham United announce the sad news that forward Dylan Tombides has passed away at the age of 20 following his brave battle with cancer,’ a club statement read. ‘Dylan passed away on Friday morning with his family by his side having courageously fought the disease for three years after initially being diagnosed with testicular cancer in summer 2011.’

Tombides  signed with West Ham as a 14-year-old and was considered one of the best Academy prospects.

He recorded this interview in 2013 after winning his battle with cancer the first time but sadly relapsed afterwards and had been in hospital recently.

Our condolences go out to his family, friends ,team mates and staff  at the West Ham Academy