Ten Hammers out of contract within 21 months 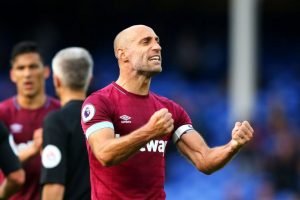 Pablo Zabaleta and Carlos Sanchez have just nine months remaining on their West Ham contracts with both unlikely to get extensions come the summer. Zabaleta is already 34 years of age and has already hinted this is his last season of professional football, Sanchez is 33 years of age and his injury record, lack of form and expensive wages are unlikely to land him a new contract either.

Another eight players have just twenty one months left on their contracts with their end dates all set as June 2021.

2 comments on “Ten Hammers out of contract within 21 months”