Emenike may get chance as AC/Sakho head back 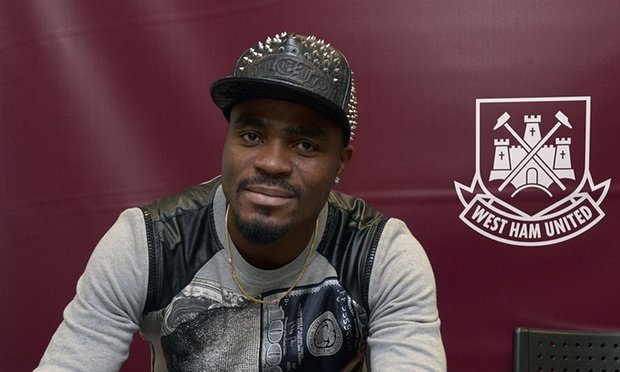 Emanuelle Emenike may not have been entirely impressed by the timing of a David Gold tweet as he signed on the dotted loan for his Hammers loan deal.

The 28 year old  – coming in for the soon to be gone Nikica Jelavic – was probably unintentionally reminded of his place in the strikers pecking order soon after signing by the so chairman.

For DG was keen to explain to followers  that both Andy Carroll and No 1 striker Diafra Sakho will be back and ready to stake their claims within the next 10 days.

It could of course be that that Emenike may get some game time as the two come back to full fitness but clearly the duo are seen as the pair to reclaim their places up front.

Despite that the Nigerian could easily get an early chance to impress as with neither fit for Tuesday night’s game against Villa, an opportunity may be beckoning.

“We were told: “Unlike many of these winter loan signings, he’s been playing regularly and is fit and ready to go if required.”

DG had tweeted in the meantime: “Shortly after the window closes we will see the return of Andy, Manuel and Diafra. All could play some part in the Liverpool game. dg”

And a top source has told ClaretandHugh several times over past days as the deal stalled and stuttered: “This signing is a safety net against injury with Jelavic leaving. His deal in China looks done and dusted before the start of their season in February.

“We are committed to spending between £20- £25 million on a top striker in the summer but we will take a good look at Emanuelle when the opportunity arises between now and the end of the season and then make a decision on whether we make him permanent.”