Enquiry made for ex-Arsenal ace – report

West Ham have asked about doing a deal for Aaron Ramsey in January, according to a new report from Eurosport.

The Wales international looks certain to leave Juventus after struggling for minutes since his move from Arsenal. 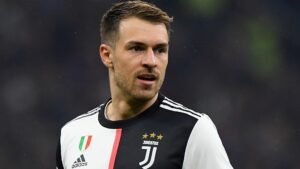 Ramsey is said to be seen as an expendable member of the squad at the Italian club, who want to get him off their wage bill.

He is reported to be earning £400,000-per-week in Serie A but there are said to be a number of Premier League clubs interested in securing his signature, including the Hammers.

The Irons are said to have asked Juventus about what type of financial package would be required to secure his signature while there is also said to be interest from old club Arsenal and Everton.

The 31-year-old could well go on loan at the end of January if no permanent bids are made for the midfielder, according to the report.

2 comments on “Enquiry made for ex-Arsenal ace – report”