Evra and Lanzini to start 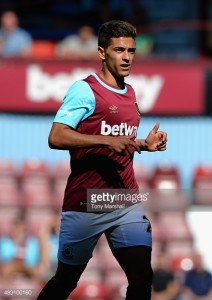 Patrice Evra will get his West Ham debut today while Manuel Laznini makes a welcome return to action today at Anfield. Michail Antonio and Javier Hernandez are the players to make way and are both on the bench.

The Hammers are unbeaten in their last three away games in all competitions against Liverpool. However, their only victory in the past 48 attempts at Anfield came in August 2015 (D14, L33).

West Ham’s most top-flight defeats have come against the Merseyside clubs: 60 by Liverpool and 61 versus Everton.

The Hammers have only lost two of their last 12 league games and earned 20 points during that period – twice as many as in their first 15 fixtures this season. They kept their first clean sheet in nine league games when beating Watford 2-0 last time out. West Ham have not managed successive league victories for 13 months.

David Moyes has never won a competitive game against Liverpool at Anfield in 14 attempts as a manager (D7, L7). Marko Arnautovic has directly contributed to 10 Premier League goals (7 goals, 3 assists) since Moyes took charge in November, more than any other West Ham player. Javier Hernandez has scored in three of his last four league games for West Ham. He could score in three consecutive Premier League appearances for the first time.