Ex-Hammer told he has no future at club

Posted by Dave Langton on August 3, 2021 in News, Whispers

Ex-West Ham winger Sofiane Feghouli has been told he has no future at Galatasaray.

The Turkish club are looking to cut costs this summer, and have started by telling striker Radamel Falcao that he needs to leave the club. 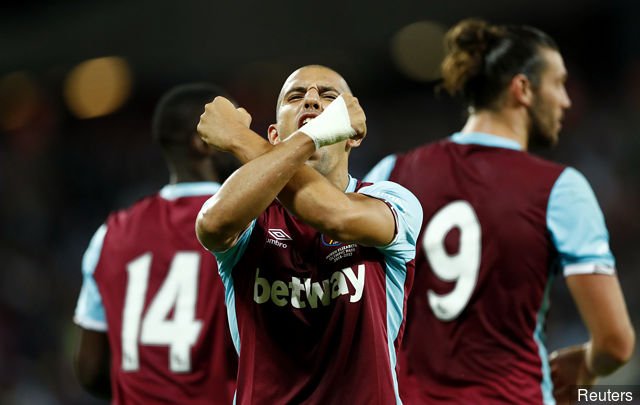 And The Daily Mail reports that Feghouli has been informed that they can’t afford to keep him either.

That has been confirmed by Galatasaray’s president Burak Elmas, who said: “I talked to Falcao and Feghouli.

“They provided very good services to us but with this wage structure we can’t pay their wages. We want them to find a club.”

Feghouli left West Ham back in 2017 to sign a five-year deal at the Turkish club.

The 31-year-old has made a total of 133 appearances for Galatasaray and spent just one season in east London with the Irons after joining from Valencia.

He made 21 appearances in the Premier League back in 2016/17, scoring three goals and laying on three assists as the Irons ended the season in 11th place.

The Irons brought the winger in on a free transfer from Valencia and sold him for a fee of around £4m.