Posted by Dave Langton on November 28, 2021 in News, Whispers

Former Hammer Robert Snodgrass has been placed up for sale by West Brom, according to a new report.

Snodgrass is now 34 and has been with the Baggies since arriving at the club in January of 2021. 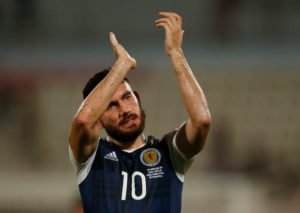 In total, he has made 15 appearances for the club but journalist Alan Nixon now reports that he has been placed up for sale ahead of the January transfer window.

In that time, he scored 11 goals and registered a total of 17 assists, and could now be on the lookout for a new club soon enough.