The former Irons boss has signed a two-year deal to manage the African nation, per the Daily Mail. 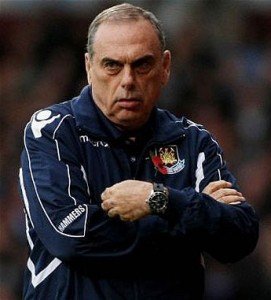 Grant was Irons manager for the 2010/11 season and is perhaps best remembered for relegating the club to the Championship. It is perhaps little surprise that he is not getting a top job as a result.

He has also managed Chelsea and Portsmouth in England, guiding the former to the Champions League final, where they were beaten by Manchester United on penalties.

Since leaving the Hammers, Grant has managed Partizan Belgrade and Ghana and is now setting up shop with Zambia.

The nation are currently ranked 88th in the world, just above Syria and Uganda, but below Haiti.

Zambia have never managed to qualify for the World Cup but they have won the African Cup of Nations, beating Ivory Coast in the final back in 2012.