Ex-Hammers director opens up after departure

Posted by Dave Langton on November 24, 2021 in News, Whispers

Mario Husillos insists he is calm now that he’s out of work after leaving the Hammers.

The former director of football insists that he had two-and-a-half-years of hard work during his time at the London Stadium. 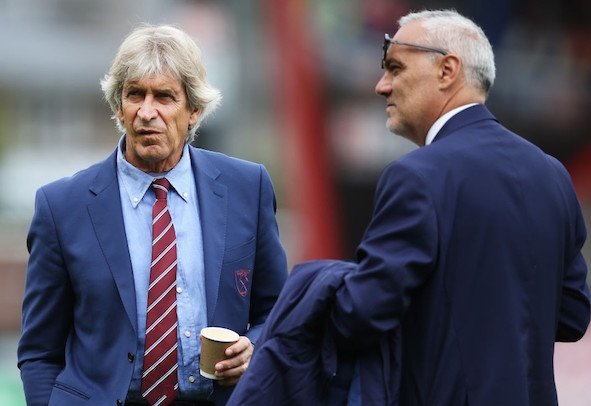 It remains to be seen how fans will react to that claim, though, given that, under Manuel Pellegrini, the Irons struggled immensely in the transfer market.

The deal to sign goalkeeper Roberto was ultimately a disaster, with the Hammers nearly dropping into the Championship because of just how bad he was between the sticks.

Husillos also oversaw the signings of players such as Carlos Sanchez, Andriy Yarmolenko, and Lucas Perez, so it can’t be said that he enjoyed a successful time in England.

However, he insists that he worked really hard during his time at the Hammers, although that hardly came off on the pitch!

Speaking to La Opinion de Malaga in his homeland, the former Irons supremo said: “Very calm after two years of hard work in London. Apart from the pandemic. Peace of mind, being at home, without a phone, without email. Watching a lot of football. Following the Vélez that my son is working on. I follow him closely with great affection.”

He added: “I am very calm, it has been a year and a half since I finished at West Ham. It is enough time to settle things, it is an opportune moment. If things go the way I like them, I’ll be working soon. It has to be something that motivates me.”

2 comments on “Ex-Hammers director opens up after departure”