Slaven Bilic will not be joining Burnley as manager as they bid to avoid the drop. 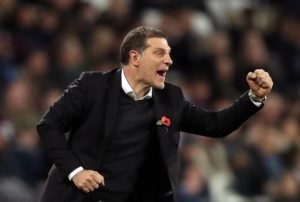 Bilic was initially linked with a potential move to Turf Moor to replace Dyche by Talksport.

But a source close to the former Hammers boss has told us that there has been absolutely no contact between Burnley and Bilic over a potential appointment.

Bilic remains keen to return to management, having left Beijing Guoan earlier this year, and he has experience of managing in the Premier League with the Irons and West Brom.

But it seems incredibly unlikely that he will end up at Turf Moor in the coming weeks.

Burnley have been in good form since Dyche’s sacking, climbing out of the relegation zone after beating both Southampton and Wolves.