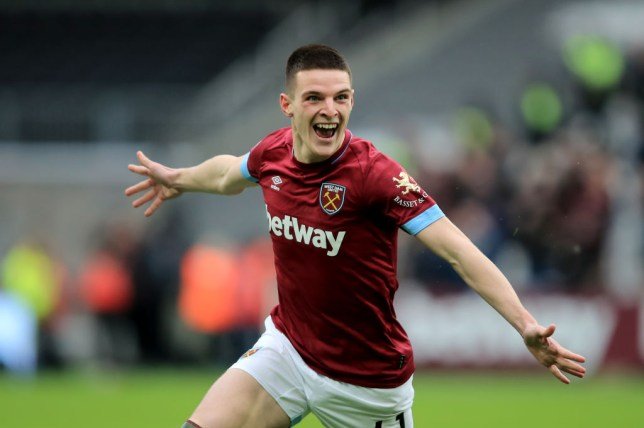 With Chelsea claimed to be eyeing the defensive midfielder the “will thwy or won’t they sell” discussion has started in earnest among Hammers fans.

And today a Hammers insider explained to ClaretandHugh on the ‘phone that whilst the entire situation remains one of conjecture, the club would be unwilling sellers.

He added that whilst the price tag was £70million last season, with another now almost under his belt, the price would have to rise to £80 million for the Irons England international.

He added the club – despite the growing hole in their finances because of the current health crisis – would certainly not be selling on the cheap.

He declared: “We  don’t want to sell Declan. He’s on a long term deal and  his price can only go up again this time next year so there is no way we would be temped by £40 or £50 million.

“However, the reality is that we don’t want to sell him at all and are confident we won’t have to.”