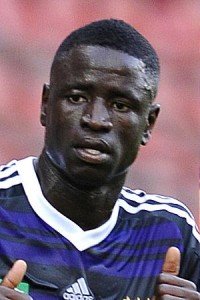 ClaretandHugh can confirm the deal to bring Cheikhou Kouyate to West Ham is unwinding and the chances of it happening are now around 25 per cent!

Rumours have been circulating in the European press all day that the deal was in trouble and that has now been confirmed to us by a trusted Upton Park source.

The Anderlecht defender – heavily wooed by Valencia before the Hammers stepped in – now looks likely to opt for the Spanish club after they returned with a bid of around nine million euros.

The big defender/midfielder had been expected to arrive in London for a medical tomorrow but Valencia made a late move and appear to have hijacked the deal.

The ClaretandHugh’s source said: “The deal began to unwind on Friday night and has gone from 90 per cent to 25 but we have many players we are trying to bring in.”