Phil Parkes joins us exclusively today to give his views on the most discussed keeper to don a West  Ham sweater in many years – Roberto.

Parkesy is talking to Hugh Southon

I haven’t seen a lot of Roberto but don’t think I need to have done because frankly it’s pretty obvious he’s not very good!

In fact I remarked to a mate when I watched him in the Oxford United game that he may have a clause in his contract which ensures he doesn’t have to dive for the ball! 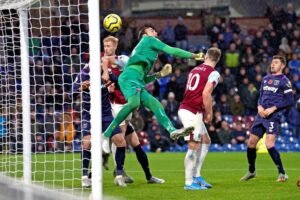 Let it be said, I don’t like him at all and to be honest he doesn’t even look like a goalkeeper to me – he looks like an outfield player who has somehow found his way between the sticks.

We might have got away with him over a couple of games but the idea of him being in there until January is a serious worry and it’s hardly any wonder the team is suffering a crisis of confidence.

The lads would have known what to expect when they saw him on the training ground and the worries will have been there for some time and it really is showing.

There can be no question  when that happens results are going to be affected – the back four and Roberto seem to have little in common and the defenders clearly have little faith in him!!!

After Saturday’s performance that can only get worse and I think the manager needs to make sure that Alvin’s son Dave Martin is between the posts against Spurs.

Ok, we know he had a bad game in a Cup match on television but before that he had performed impeccably and has to be a better bet than the Spanish lad.

It would be unfair on Roberto himself and the team to keep playing him and there has to be a change. It’s quite clear at the moment to me as a former keeper the bloke needs to drop to the bench.

These are worrying times and things need to change – the goalkeeping situation has to be addressed right away. End of.