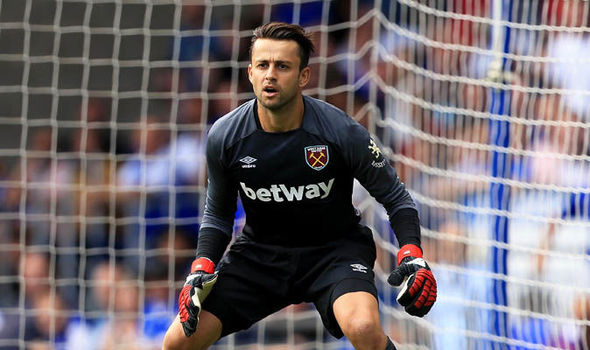 Lukasz Fabianski is fully expected to return to training this weekend after being forced to withdraw from the squad after feeling a niggle in his thigh during the warm-up to the game against Everton .

The Hammers ran out 1-0 winners with replacement keeper Darren Randolph having only one save of any consequence to make.

Fab has around two weeks to recover fully with the No 2 booked for the sweater in our game against Stockport County in Round Three of the FA Cup next weekend.

But we understand that a scan found no problem with Fab yesterday and the keeper will almost certainly be back in action for the game against  Burnley at the London Stadium the following weekend.

The following match – again at home – sees Sam Allardyce bringing his battered West Brom team,  and former Hammer Grady Diangana with him presumably, to the east end desperately looking for wins as the team sinks miserably into more relegation mire.