Media speculation on Felipe Anderson is being overhyped club insiders have told Claret and Hugh this morning. 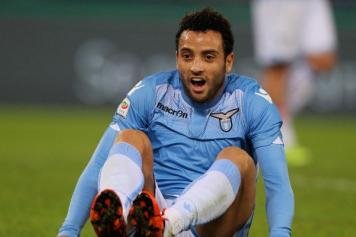 Sky Italia last night claimed that Anderson will complete his transfer to West Ham today for €30m plus a 20 per cent sell on fee.  Sky Sports Italia transfer guru Gianluca Di Marzio claimed a deal has been done for the Brazilian.

The report claimed Director of sports Igli Tare was expected to fly to London on Thursday to complete the deal.

However, Claret and Hugh understand that both David Sullivan and new Director of Football Mario Husillos are not in the country at the moment so there would be little point in Lazio flying their representation to London to speak to anyone.

The report has been described as premature and a club insider told C&H ‘People are getting carried with Felipe Anderson, it is not as close as some people are suggesting’