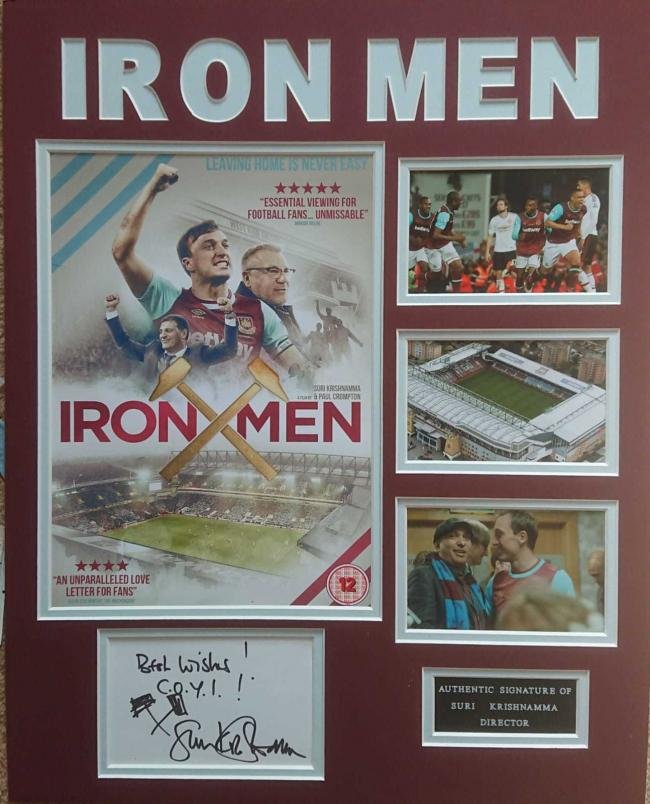 Now he has donated photographs of himself with club captain Mark Noble and an aerial view of the ground, along with a number of index cards, to his stepbrother Dean Hodges, of Newport’s Star Signings business.

Dean has made the donations up into a framed souvenir which is being auctioned for the Isla Caton Foundation (Isla has neuroblastoma) and breast cancer research.

Suri, who has worked with top Hollywood stars on a number of films and a wide range of British TV series, is currently filming Emmerdale.

Dean said: “Suri has signed a number of the index cards for me and I have designed this limited edition montage.

“Isla has been having treatment abroad and the signs are hopeful.

“This would make a great present for any Island West Ham fan.”