Finally a point in August 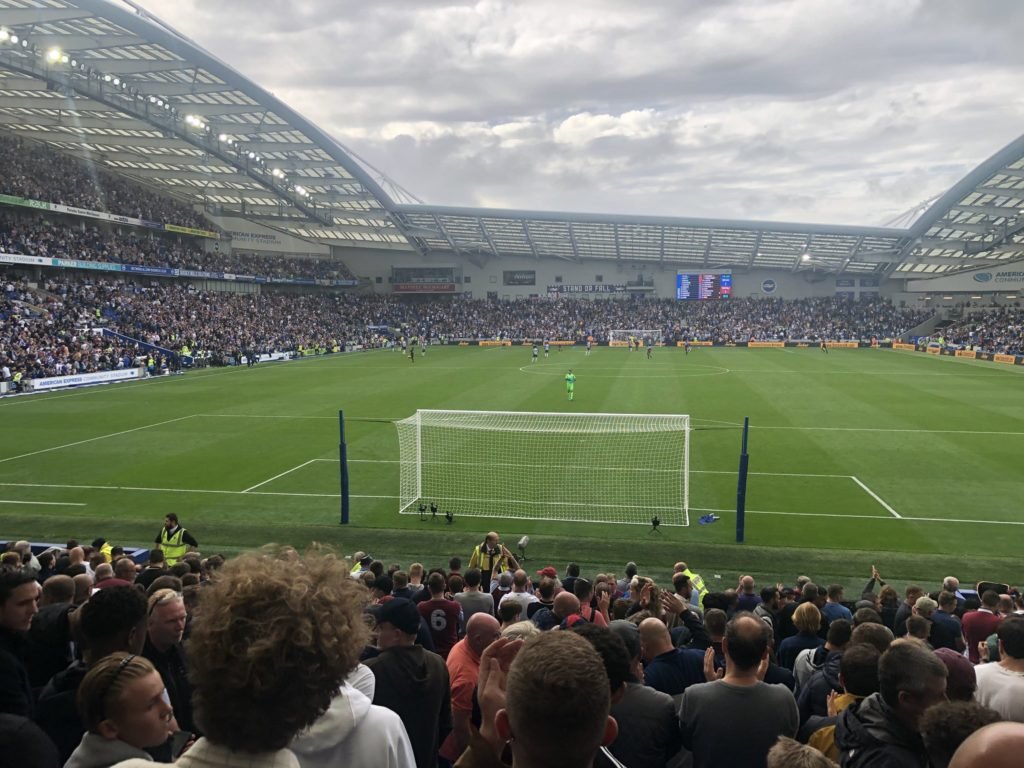 It was my first visit to the Amex stadium in the rolling hills of Sussex and it was an enjoyable day out despite the missing away win.

West Ham fans were in fine voice in the town centre before kick despite the south coast side being something of a bogey team for us that we hadn’t won a single Premier League point in August since 2016.

While the forced changes of Felipe Anderson and Sebastien Haller were a challenge for Manuel Pellegrini the dropping of Michail Antonio and Fabian Balbuena were less understandable when the team sheet was published.

The three thousand strong Claret and Blue army sang more songs about VAR in the ground than the team which maybe tells us much about the game.

Hernandez who did absolutely nothing in the first half but he proved that if he is given service in the box he will score as he did in Brighton to give the Hammers their first point in almost three years.

Overall I thought a draw for a fair result for both teams.

5 comments on “Finally a point in August”