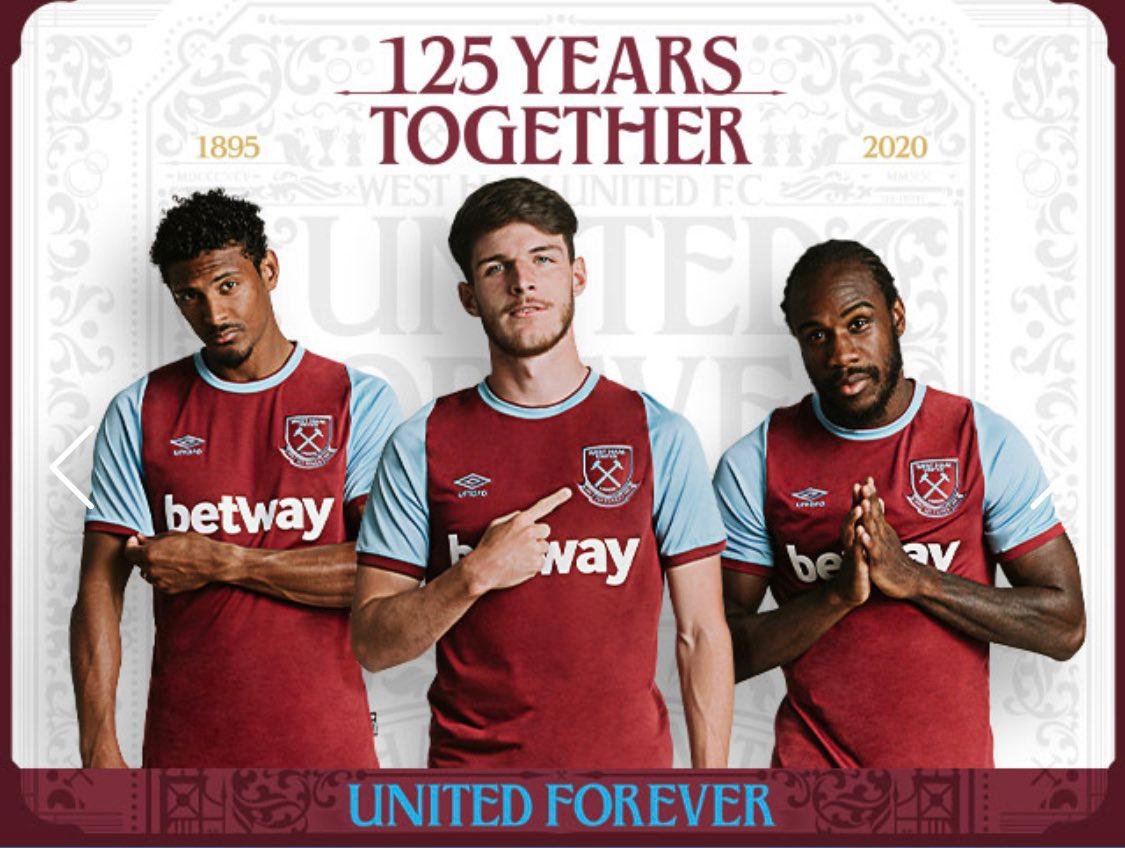 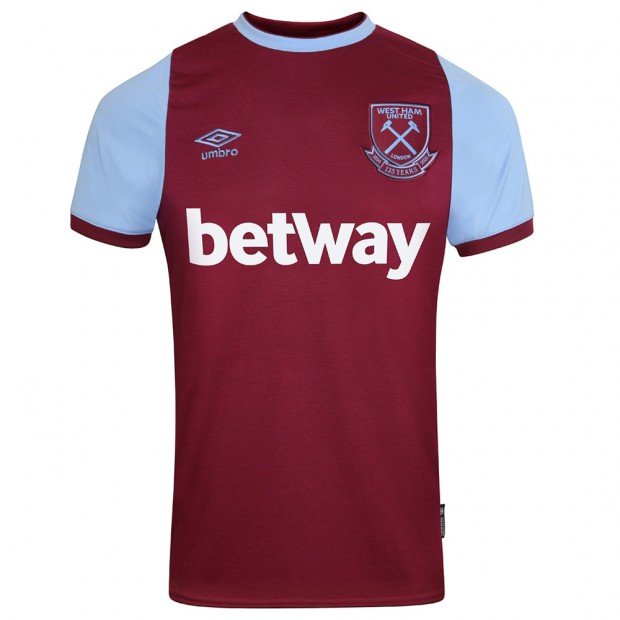 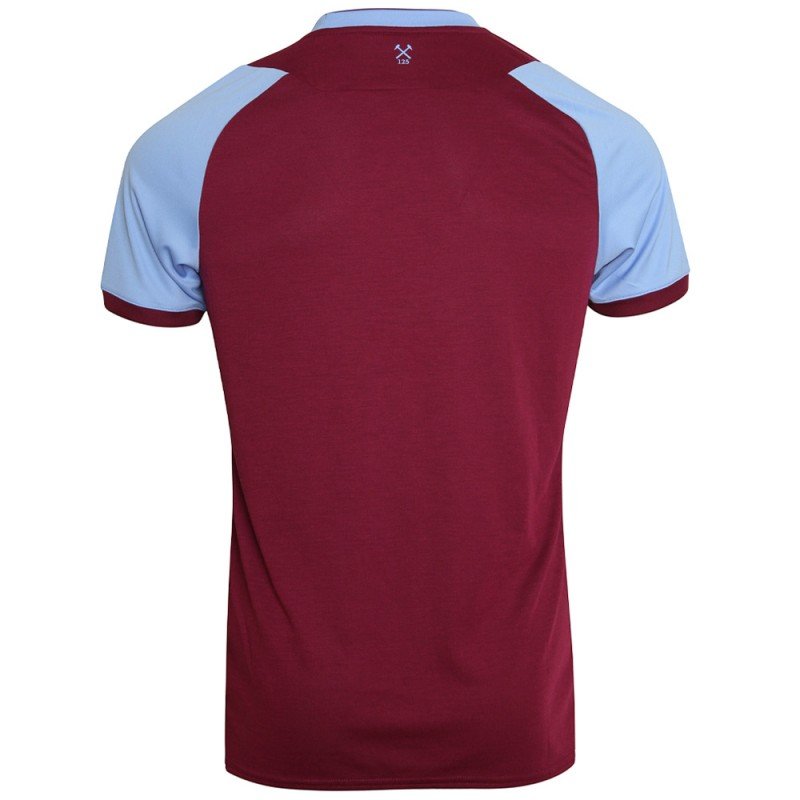 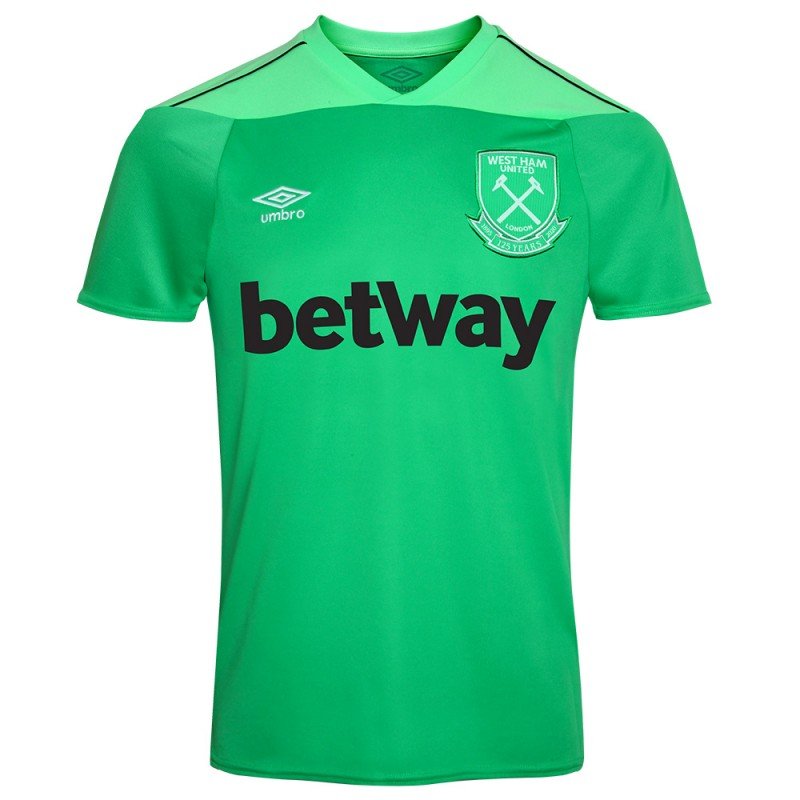 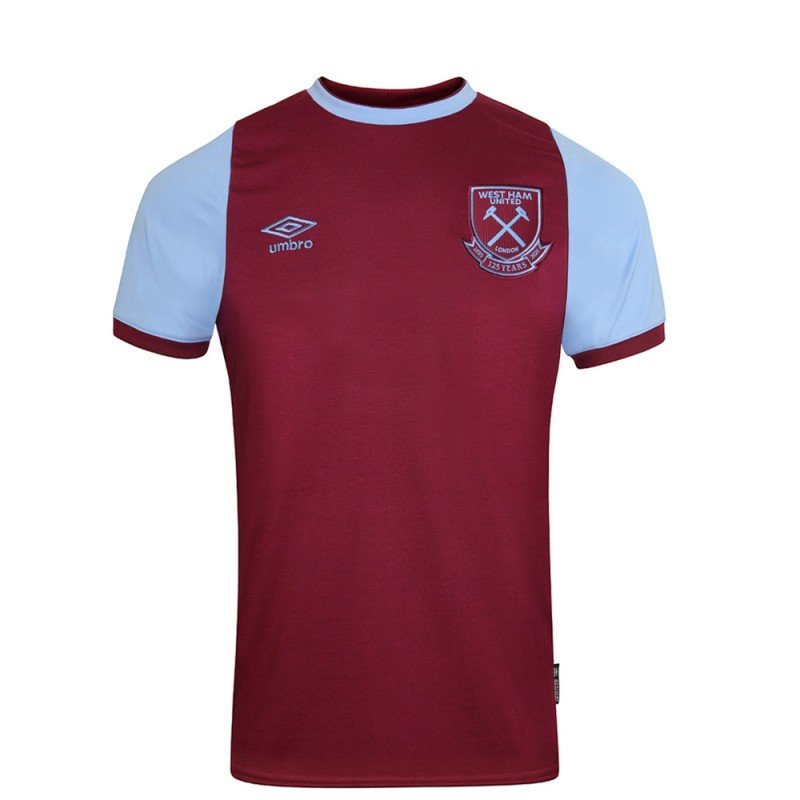 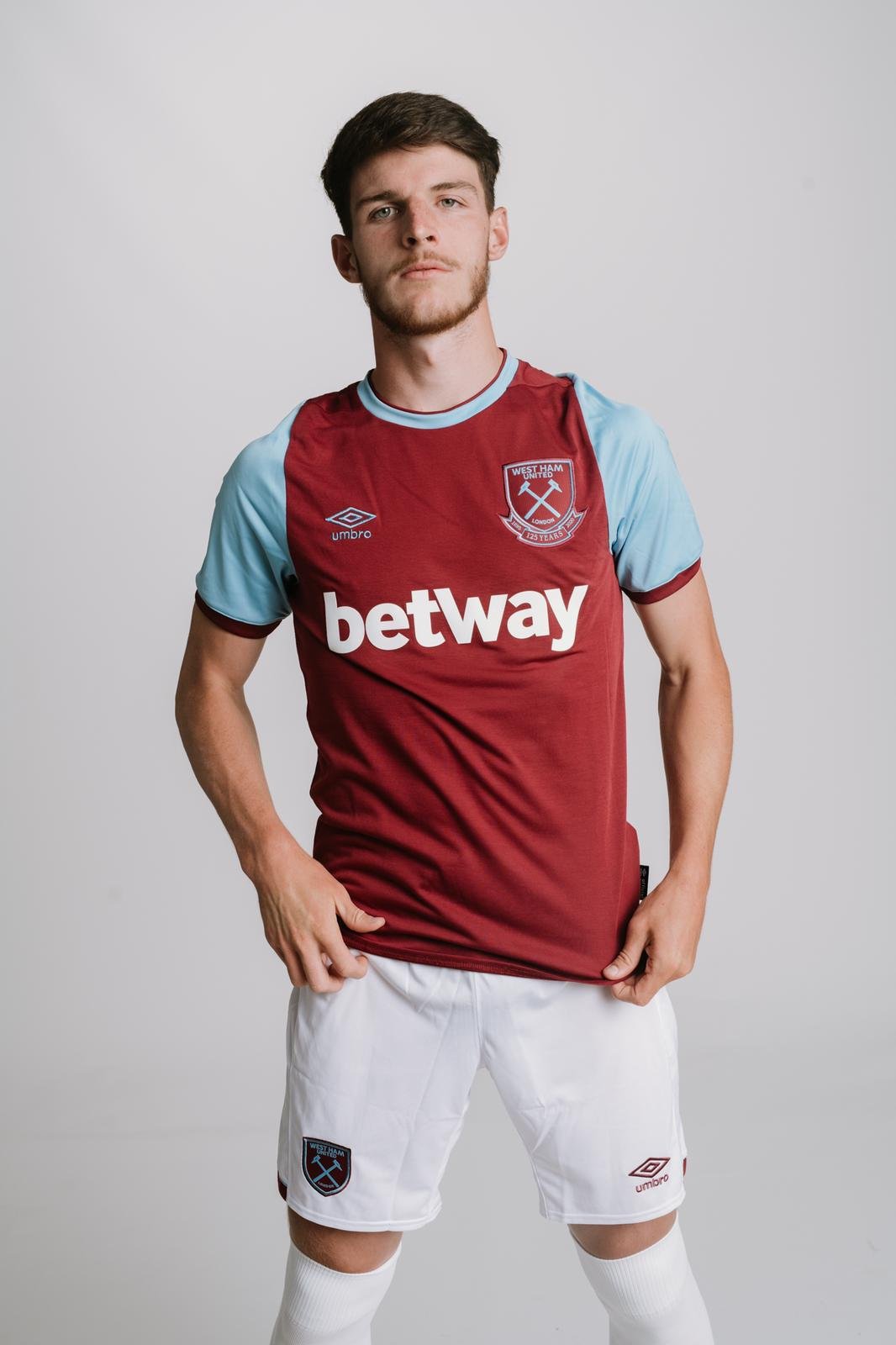 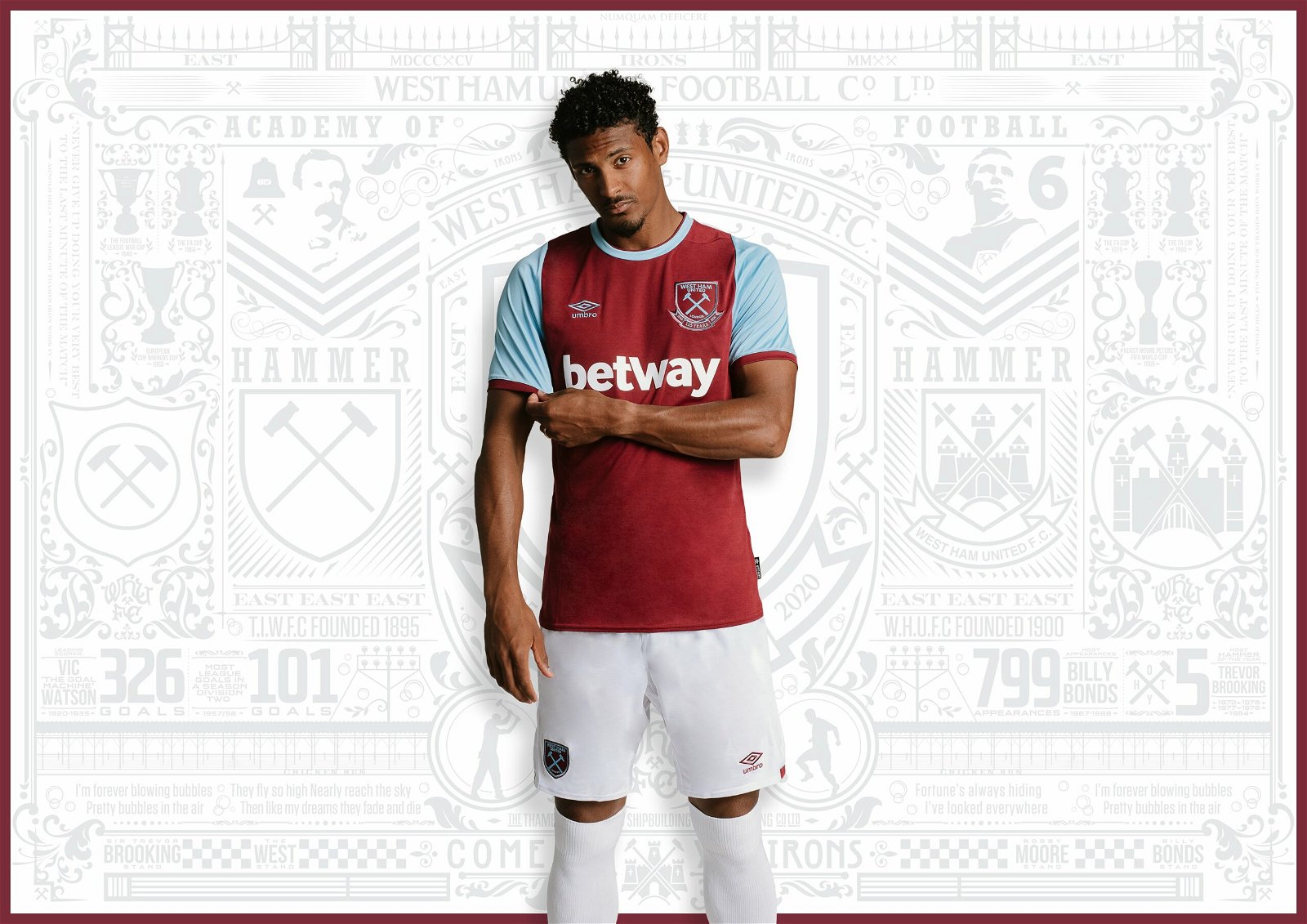 West Ham has released the first images of new West Ham home kit on the Official Club Store which are now available to pre-order.

The home shirt features a traditional claret body and vista blue sleeves, complete with vista blue collar and claret tipping to the cuffs, a stylized rib neckline, the 125th Anniversary two-colour crest, as well as the Irons symbol and ‘125’ on the back of the shirt below the neckline.

The home shorts are white, with vista blue and new claret contrast tipping on the side panels, and the two-colour crest, while the home socks are also white, with contrasting double hoops in claret and vista blue and ‘WHU’ is embroidered on the back

West Ham United’s 2020/21 Umbro home kit is available to pre-order from the Official Online Store today – the Club’s 125th birthday – with free UK delivery, at officialwesthamstore.com. The kit will be available to buy in person from the four Official Club Stores – London Stadium, Lakeside Thurrock, Liberty Romford and Eastgate Basildon, where social distancing measures continue to be in place – from Wednesday 15 July.